The Upper Soda Springs Resort which was located here started as a simple wayside inn during the California Gold Rush in the 1850’s. However, its prime location along the main travel route between California and Oregon meant that this simple inn would grow into a successful Victorian-era resort where travelers from around the world came to spend a month in the clean mountain air, hiking, fishing, hunting, and enjoying the bubbly soda water from the springs here. The Resort finally closed in 1920 after the arrival of the automobile and new fashions and habits developed in taking vacations.

For more information, continue reading below

Pioneer Ross McCloud first arrived in Northern California in 1851 as a “Forty-Niner” looking for gold. However, he soon realized that he would be better off operating an inn for the gold prospectors coming into California during California’s Gold Rush. His wife, Mary Campbell McCloud, was waiting at her home in Iowa to learn when she could come join him in California

Ross was a professional surveyor and entrepreneur, and he used his surveying talents to explore possible locations for an inn along the Sacramento River between the Gold Rush towns of Yreka to the north and Shasta (near today’s Redding) to the south

There were three existing paths for travelers between Shasta and Yreka—the Trinity Alps route to the west, the Pit River route to the east, and a rough network of footpaths through the Sacramento River Canyon. Ross judged that the Trinity Alps route was too snowy in the winter, and the Pit River route was too long and too dangerous. Instead, he decided, the route through the Sacramento River Canyon would turn out to be the best route

Ross saw that the flat area where you are walking now would be a prime location on this route. Stagecoaches would come south from Yreka and travelers would change here to horseback or mules for the journey south. Also, weary travelers coming north would stop and spend the night in a comfortable inn here before continuing north to Yreka. Plus, this spot along the river was a perfect location for a wooden toll bridge across the river

Finally, of course, there was the mineral spring here, with its delicious bubbly soda water that Ross knew would appeal to American and European travelers of the 1850’s

Two brothers, the Lockhart brothers, in 1852 had made the same calculations, and had built a small log cabin here where travelers could stop and spend the night. The Lockhart brothers had big plans and always intended their time at Upper Soda Springs to be a temporary steppingstone, and they sold the land and the small building to Ross.

In 1855, Ross’s wife Mary joined him in California. Mary crossed the continent in the summer of 1855 in a covered wagon, enduring hardship along the way. By 1857, as more travelers spent the night here, Ross and Mary expanded the inn, adding a new two-story building to the original log cabin.

In 1857, Ross surveyed, organized, and built the first commercial trail up the Sacramento River Canyon (the route followed by today’s Interstate-5). Ross’s commercial trail widened and leveled the rough footpaths that earlier travelers and mule trains had to face in the Canyon, and was a considerable improvement. Travelers and mule trains now found the trip up and down the Sacramento River Canyon much easier and safer than the competing routes over the Trinity Alps or along the Pit River.

As a result of the success of Ross’s commercial trail, traffic through the Sacramento River Canyon greatly increased and the inn at Upper Soda Springs was a success. By 1864, there was a new long, one-story building with a kitchen, dining room for guests, and additional guest rooms. Ross and Mary brought in business partners, Isaac Fry and Richard Mannon, and they added stables, chicken coops, fruit and nut trees, and vegetable and berry gardens.

The proud owners had a photograph taken in 1864 of the expanded inn (below), including all the newest 1864 additions.

Remarkably, if you look carefully at the far right of the 1864 photograph above, you can just barely make out fuzzy images of people. Below is a close-up of the people in that 1864 photo.

To the right, leaning jauntily against the corner of the inn, wearing a vest, is business partner Isaac Fry. In the center, wearing a white shirt and white hat is Ross McCloud, with his hands on a baby carriage that’s in front of him—the baby carriage holds newborn baby George McCloud. In the doorway of the inn stands Mary McCloud, and in front of Mary is her daughter, four-year-old Elda McCloud, standing shyly with one foot on the ground and one foot on the step up into the inn. While there are other photos of Isaac, Mary, Elda, and George, this blurry image is the only known photo containing Ross.

Three generations of the Tauhindauli family also lived on the Upper Soda Springs property, from their first arrival here in the 1850’s up to the early 1920’s. Many members of the Tauhindauli family worked at the inn, often while maintaining some traditional ways—catching and roasting salmon from the river, engaging in ceremonial dances and traditional gambling games, and following age-old burial and mourning practices. The last member of the Tauhindauli family who lived on the property was Grant Towendolly (as he preferred his last name be spelled). Grant and his wife Lillie lived here until the early 1920’s, when they moved to Wintu tribal property near Lake Shasta.

The following information about Grant and his family is based on the book, A Bag of Bones, by Marcelle Masson. Marcelle married Charles Masson, the grandson of pioneers Ross and Mary McCloud, and Marcelle and Charles lived on the Upper Soda Springs property until the 1960’s. Charles and Grant had grown up together on the Resort property and were life-long best friends. Marcelle wanted to preserve the Trinity River Wintu religious stories and legends, and in the 1950’s she interviewed Grant at length. She learned from him many of the Trinity River Wintu legends and religious stories, and Grant provided additional stories to her in writing. Marcelle assembled the stories and added substantial introductory material—she then paid to have the book, A Bag of Bones, published in 1966.

In Grant’s youth, a wealthy guest at Upper Soda Springs also recognized Grant’s talent and intelligence, and he paid for Grant to attend a private elementary school in the San Francisco Bay Area. After receiving this education, Grant returned to Upper Soda Springs and married Lillie Hunt—who was from the Achomawi (or Pit River) tribe, like Grant’s mother had been.

While Grant was working at Upper Soda Springs, he and Lillie retained a number of Indigenous practices and customs—they spoke Wintu to each other, and Lillie would make traditional reed baskets.  She would also occasionally make a bowl of traditional acorn meal porridge, although she would cook it on her wood-burning stove, rather than using the “hot rock” cooking method of her ancestors.

A different member of the Towendolly family who achieved some fame was Ted Towendolly. In 1881, Old Bill and his wife Jennie had another son, whom they named Garfield—also named in honor of the U.S. President when he was born, James A. Garfield. Garfield and his wife, Rose are the parents of Ted Towendolly who was born in 1901. Ted grew up in Dunsmuir and as an adult became a fishing guide for fishermen coming from around the world to fish the Upper Sacramento. According to a number of sources, Ted was the inventor of the now-popular style of fly fishing called “short-line nymphing” (among other names). This style of fishing involves using a very short fishing pole and highly modified fly-fishing lures and techniques to catch fish that are very close by, usually in white water.

This style of fishing was then expanded upon and popularized by a famous Dunsmuir fly-fishing guide named Ted Fay. Short-line nymphing has now spread around the world as a popular fishing style, and indeed has spread so far that it is also sometimes known as “Euro-nymphing” or “Czech nymphing”.

Ted Towendolly is also credited with developing a unique type of weighted fishing fly that he called the “Black Bomber”. This type of fishing fly was very successful when used with short-line nymphing, and today, again, many variations of Ted Towendolly’s original Black Bomber are used around the world. 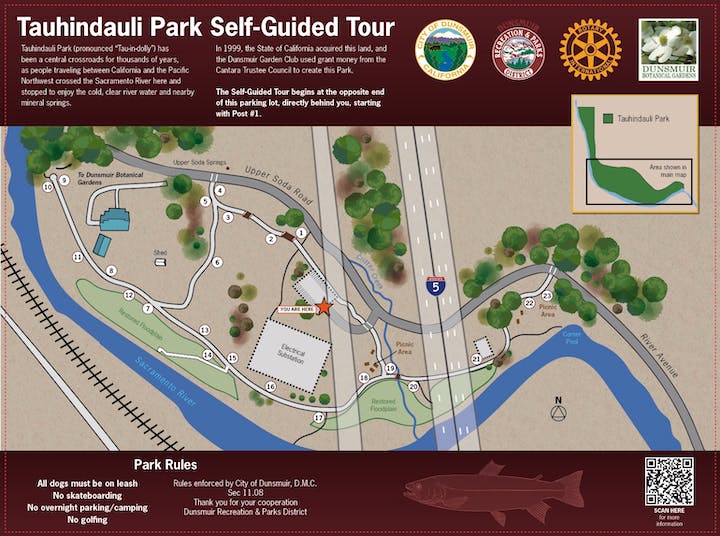