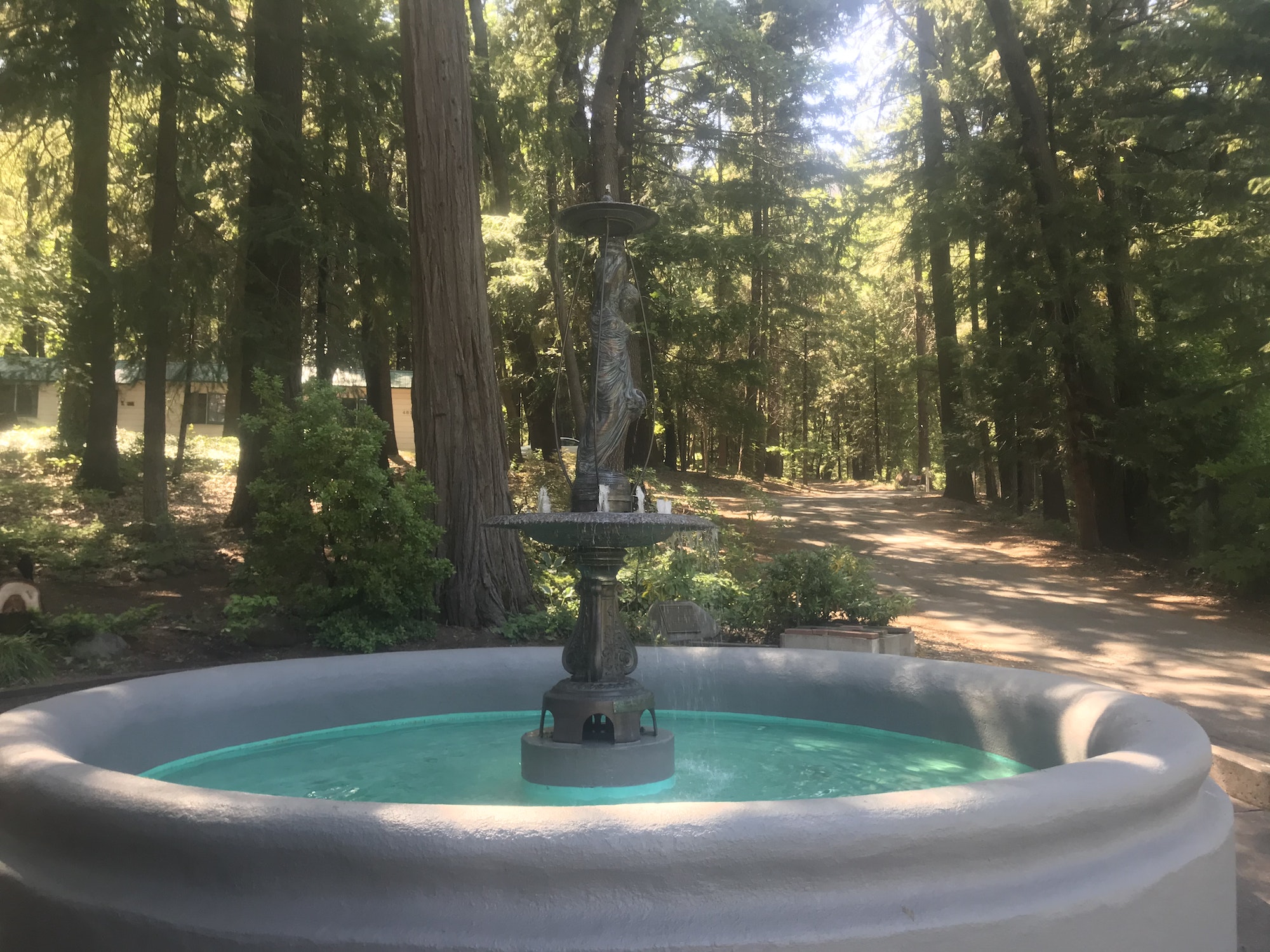 The City Park's newly repaired fountain welcoming you as you stroll down the scenic gardens pathway.

In 1887, Alexander Dunsmuir, second son of British Columbian coal baron Robert Dunsmuir, was passing through Cedar Flat, about a mile south of the present town of Dunsmuir.

He was so taken with the beauty of the area that he offered to donate a fountain to the new town if they would rename Cedar Flat in his honor. The offer was accepted. It was originally located near the railroad depot but years later was removed to the present location at the Dunsmuir City Park.  The bowl is new and adorned again by a new graceful lady fountain feature recently replaced following freeze damage.